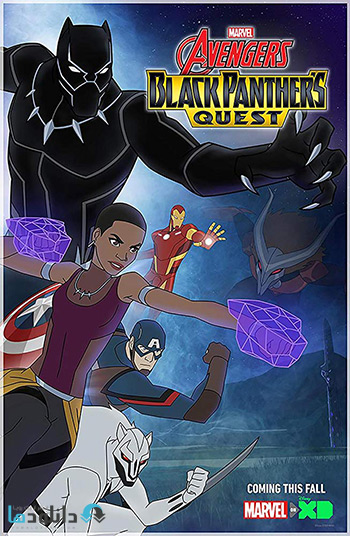 The Maroon-produced Catoon series features superheroes such as the Hulk, Iron Man, Captain America, and more. The job of the Avengers is to establish justice throughout the city. They must stand against the enemies and use the powers at their disposal against them. Ultron, their strongest enemy, has returned to destroy all the heroes, but…

Details and factors of the Avengers Assemble series

Status: The third season is playing

Age category: PG – Watching this series is suitable for all ages.

Time of each episode: 23 minutes

Format of each part: mkv

Iron Man, Hulk, Captain America and newcomer Falcon are members of the Avengers featured in this animated series. Iron Man leads the team, as the heroes live and train in their new headquarters in Avengers Tower. When the team assembles, no villain stands a chance, as the Avengers work together to counter evildoers.

Download is only possible with IP Iran, please download with IDM software on PC and ADM on mobile.